The Story of Boden Fogou - Part 2

Initial discoveries at Boden led to a geophysical survey by English Heritage’s Ancient Monuments Laboratory (AML) with the aim of mapping the extent of fogou itself whilst also placing the monument in a wider landscape context (Fig). Geophysical anomalies indicated the possible extent of the fogou set within a rectilinear enclosure and probable prehistoric activity in the surrounding field revealing a landscape of considerable archaeological complexity. 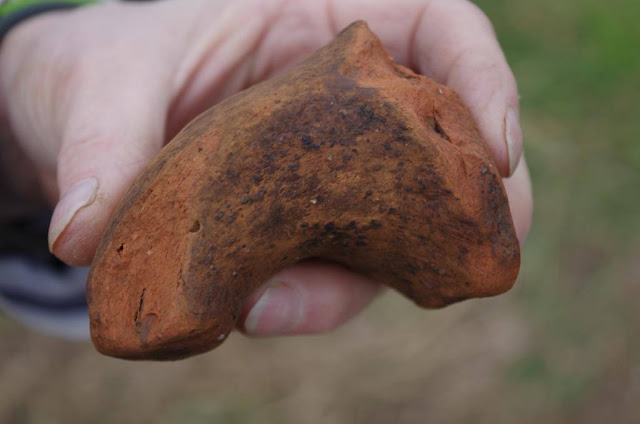 Excitement surrounding the site grew even more when a ‘hole’ in the ground was revealed during tractor work in 1996 giving access to a 5m long passage cut into the rock and shillet subsoil. It became apparent that this ‘earth-cut’ tunnel may be the ‘artificial cave’ recorded by Polwhele. 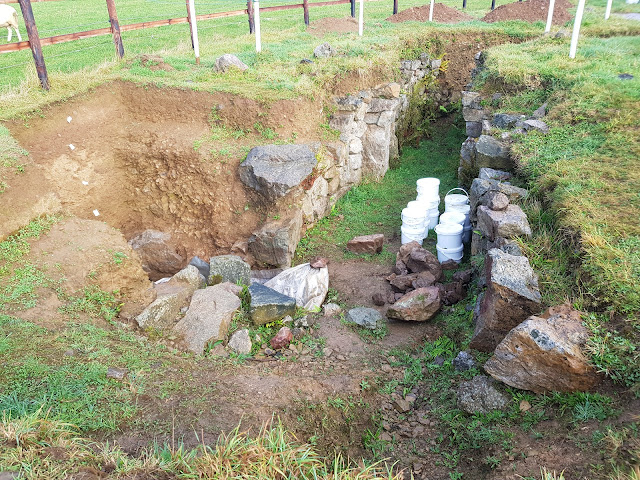 A programme of evaluation trenching was undertaken by Cornwall Archaeological Unit (CAU) in 2003 to investigate geophysical anomalies with seven trenches in order to better understand the monument and its context – the results from these trenches revealed:

• Part of a Middle Bronze age roundhouse containing a very large and highly decorated Trevisker Ware vessel dated to circa 1400BC.

• The well preserved but roofless long passage of a fogou constructed from dry-stone walling. Basal deposits suggest that the fogou was constructed in the Early Iron Age, circa 400 BC.

• A sub-rectangular enclosure contemporary with the fogou at its norther edge defined by a ditch approximately 2.5m deep and 3m wide. Radiocarbon dated residues from pottery suggest construction circa 400 BC.

• Later use of the enclosure in the post-Roman period (6th century AD).

These have been published in: Cornish Archaeology 52