The Story of Boden Fogou - Part 1 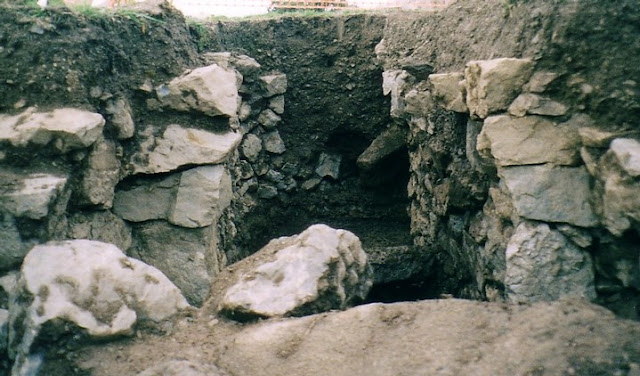 “At Bodean Veor, in the Parish of St Anthony, is an artificial cave, of about thirty yards in length. It is merely an excavation of the earth, without any stone for walls or roof, four or five feet underground. Its situation, on the highest part of the hill, suggests the idea of some military works near it – but none at present are discoverable” - Reverend Richard Polwhele, Vicar of Manaccan, 1803

These words by Rev Polwhele appeared to refer to a ‘fogou’, or underground tunnel unique to Cornwall and the Isles of Scilly, but its location was unknown until the summer of 1991 when the present landowner and farmer Mr Christopher Hosken was laying a water pipe alongside a hedge in a field near Boden Vean and discovered a loosely filled pit or ‘well’ from which he recovered finds including Romano-British pottery and fragments of quern stones.

Nearby Chris cut a small trench to locate an underground tunnel mentioned to him by an elderly local resident and found the edge of what appeared to be an infilled, stone-walled passage. The tunnel proved to be an infilled, stone-walled passage, which was examined and recorded in September that year by the Cornwall Archaeological Unit, who also recorded and reported on the structure, fill and finds from the ‘well’.