MAG have continued their excavations at the Boden site, showing ever increasing complexity including additional and unique elements of the fogou, including rock-cut steps leading to a new side passage and a connection to Polwhele’s ‘artificial cave’. An area of Romano-British activity is being investigated outside the Iron Age enclosure, suggesting a possible burial site – associated with this are coins of Roman date and the largest sherd of decorated Samian Ware (terra sigillata) to be found in Cornwall to date. 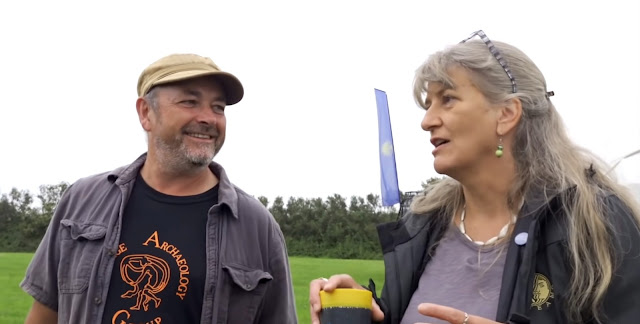 Geophysical survey revealed a square enclosure of Roman date, perhaps a ceremonial enclosure. This was one of the areas investigated by the

Boden was chosen from a shortlist as the first site to feature on the relaunched Time Team, broadcast on YouTube